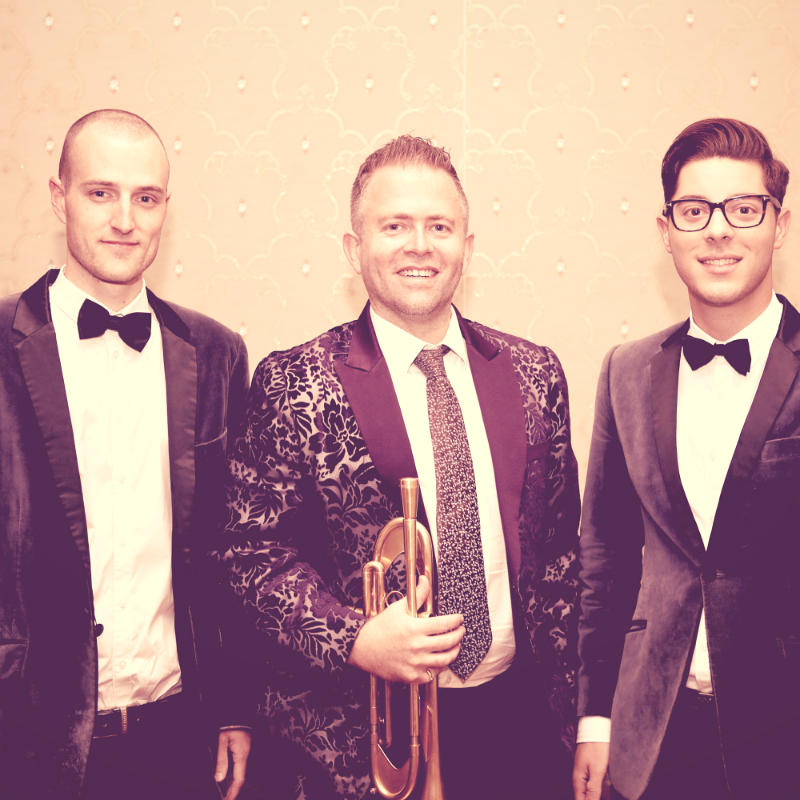 Presented in the Cabaret format, where requests are allowed and banter is mandatory, Adam Hall and Adrian Galante (from the Velvet Playboys) play through the American Songbook, from Duke Ellington to Stevie Wonder to Cole Porter to Cher: this is going to be a musical adventure like no other! Songs you'll be singing along to and yelling for more!

Every show will be a unique experience with audience requests taking them in any direction at any time.

"I've been told that jazz is an open-ended kind of music, designed for an open kind of mind. One doesn't realise the magical potential of jazz until they've heard the dynamic sound that is Adam Hall" West Australian.

Adam Hall is an accomplished Trumpeter, Vocalist and Composer based in Perth, Australia. He began playing in 1990 at the age of ten, and later studied the craft at Berklee College of Music in Boston, USA. In his early career Adam played at the Sydney Olympics and was Artist in Residence at Southbridge Jazz Club, Singapore. He has worked with numerous talents such as James Morrison, Don Burrows, 45-year-long former leader of the Count Basie Orchestra Frank Foster, Shirley Horn's band, Vanessa Amorosi and Grace Knight.
In 2005 he formed a classic Rhythm & Blues band, ‘Adam Hall & The Velvet Playboys’. They have become an institution of Perth’s music scene and fast becoming veterans of the international music scene touring Asia, Europe and USA at the world’s most renowned festivals and clubs.